A new day, and new trading opportunities. Yesterday we had quite the move to the upside, and I did not manage to profit from it. I had a short trade on BTCUSD open when I went to bed. That resulted in a loss. Trades done in a day, will be based on closed trades, and because of this, yesterday is considered a breakeven day. The first trade today was a close of the open trade from yesterday, which resulted in a loss. So a rough start to the day, but that’s how things are.

As mentioned above, I had a short trade open from yesterday, based on a break of a swing high. You can read details on the entry here.

One thing that bugs me with this trade is that it actually was in a profit level where it would have made sense to move stop loss to break even. After this, it BTCUSD continued up to hit my stop loss. All of this happened when I was asleep.

Mistakes: Maybe I should have skipped this trade based on the trendline break. However, we have often seen a pattern like this play out in the past, in spite of significant trendline breaks.

I took a long trade after a break of a previous low. It was by no means a break of any significant swing point, so you can argue the chance it moves in my favor is lower, but it also allowed me to keep a tight stop. It moved a bit in my direction and I took profit at 9146. I entered and closed the trade using limit orders to earn the maker fee. A scalp trade like this will not yield a positive net result using market orders when stop loss and take profit levels are tight. But as you receive a maker fee with limit orders, it will (if it goes your direction).

Mistakes: Closed this deal too soon. I had been much better off moving stop to breakeven and letting the trade run. But there is always a tradeoff here, and given the other circumstances, I ultimately decided to do as I did.

Bitcoin had another nice push to the upside. In one go, it moved from 9250 to 9350. With this move, it broke a significant former swing high, and based on this, I decided to take a short trade. I got in short on a limit order at 9322.5 with a stop loss at 9422. The stop loss is a bit higher on this trade than the former one, and the reason is the volatility of this move, that broker the anchor point mentioned above.

The trade continued straight up and hit my stop loss, without going into profit levels at all.

Mistakes: I don’t think there was any mistakes done here. It was a loss generating trade, but done according to my rules. Its a good trade that went bad – No regrets, though. What I did discover was a strong sense of urgency to re-enter a trade. But I didnt.

After getting stopped out from the trade mentioned above, I waited a bit, and then took another short trade, expecting bitcoin to move lower. There was a bit of reasoning here (some vague technical setup), but this was mostly based on fomo. I was so sure the pair was lower from this point, that I ended up trading what I though and not what the chart showed me. The trade had a stop loss at 9506 and it got hit shortly after entry.

Mistakes: This was a prime example of a bad trade. I traded what I though and not what I was seeing.

Overall a bad day. It started out with a loss from the trade that was kept open from yesterday. Then a tiny scalp trade that generated a tiny bit of profit. 3rd trade was executed according to my strategy, but the trade hit stop loss after a short period of time. The final trade was pure fomo.

It is obvious my main strategy works fairly well in choppy markets, but not in trending ones – and that is exactly what we had today. There is a lot of room for improvement.

What is mostly dissapointing is, that had I just moved stop loss to break even on the very first trade I took today, I would (probably) have done very well. 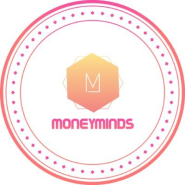 Chase bitcoin rally or miss out